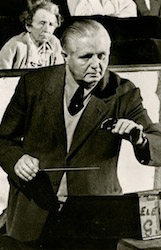 13 March 1890
born in Siegen
1906–1909
studies at the Cologne Conservatoire, conducting with Frith Steinbach, piano with Karl Boettcher and Lazzaro Uzielli, and theory and composition with Otto Klauwell
1909–1910
Conductor at the Deutsches Theater in Riga
1909–1912
Chief conductor of the Spa Orchestra in Bad Pyrmont, where he frequently meets Max Reger
1910–1910
Conductor at the Deutsches Theater in Riga
1910–1912
Musical director of the Gotha Musikverein
1911
Marriage with Grete Boettcher († 1966) in Mengeringhausen
1912–1918
Music Director of the City of Aachen
4 April 1914
Birth of the son Hans Peter Busch
1914–1918
volunteers at the beginning of the Great War, fights near Langemarck, receives the Iron Cross, falls severely ill and is transferred to Rudolstadt as instructor of recruits; he is frequently dispensed in order to conduct concerts in Aachen and elsewhere
10 June 1916
Birth of the daughter Margareta Busch, who in 1940 married the baritone Martial Singher
1918–1922
Court conductor, later General Music Director, of the Court, later State Orchestra of Württemberg in Stuttgart
6 October 1919
Birth of the daughter Gisela Busch
1922–1933
Saxonian General Music Director, Dresden
May 1933
goes to England, from where in June he emigrates to South America
28 May 1934
becomes founder Music Director of the Glyndebourne Festival Opera and opens the festival with Mozart’s Le nozze di Figaro
1934–1940
conducts operatic and concert performances in Buenos Aires, Copenhagen, Stockholm and Glyndebourne
June/July 1940
flight from the Nazis with wife and son from Stockholm to America via Moscow, Vladivostok and Japan
1941–1945
conducting activities in Buenos Aires, Montevideo, Lima and New York
1945–1949
Principal Conductor of the Metropolitan Opera New York, alongside concerts in Montevideo, Copenhagen, Stockholm, Chicago and Buenos Aires
1950–1951
returns as Music Director to Glyndebourne
September/October 1950
guest appearences at the Vienna State Opera; Busch is scheduled to become the new General Music Director from 1951/2
February 1951
first post-war appearances in Germany in Cologne and Hamburg
August/September 1951
conducts opera performances at the Edinburgh Festival; last public appearance on 8 September conducting Don Giovanni
14 September 1951
dies in London 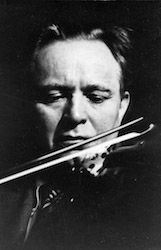 8 August 1891
born in Siegen
1901
first violin tuition
1902–1909
studies at the Cologne Conservatoire with Professor Willy Hess, Professor Bram Eldering and Professor Fritz Steinbach, financially supported by the Düsseldorf couple Schmitz-Scholl
1908
First encounter with Max Reger, for whom he privately performs the latter’s Violin Concerto from memory; Reger is delighted
seit 1909
activities as a soloist
ab 1912
leader of the Wiener Konzertvereins-Orchester and of the Wiener Konzertvereins-Quartett, renamed in 1919 Busch Quartet
1913
marries Frieda Grüters († 1946) in Bonn
21 June 1917
Birth of the daughter Irene († 1998), who is married from 1935 to Rudolf Serkin
1918–1922
Professor of Violin at the Berlin Conservatoire
from 1920
duo partner of Rudolf Serkin; 1926 official founding of the Busch/Serkin Trio
1927–1939
in Basle, acquires the Swiss Citizenship in 1935
1929–1930
Teacher of Yehudi Menuhin
April 1933
cancels all concert engagements in Germany in consequence of the beginning pogrom
1935
founds his own chamber orchestra
1938
Co-founder of the International Music Festival in Lucerne
1939
emigration to the US
1947
return to Europe
1947
marries Dr. Hedwig Vischer († 2006), a childhood friend of Irene Serkin
6. Dezember 1948
Birth of the son Nicholas Ragnar († 2005)
from 1949
returns to Germany as a performer
1950
Co-founder of the School of Music in Marlboro (Vermont)
18. November 1950
Birth of the son Thomas
18. Dezember 1951
last public appearance in Basle (Brahms’s Violin Concerto)
9. Juni 1952
dies in Guildford (Vermont) shortly after having completed a setting of Psalm 6 for chorus, orchestra and organ, Op. 70

Adolf Busch was a prolific composer, his œuvre comprising vocal, instrumental, organ and chamber music; only music for the stage is missing in his output 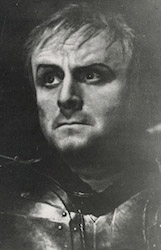 23 April 1893
born in Siegen
bookseller’s apprentice at the P. J. Tonger bookshop in Cologne
attends the Actors’ School in Cologne
1912–1914
first engagement at the Deutsches Theater in Cologne
1914
engagement at the Deutsches Künstlertheater in Berlin
1914–1915
fights at the Eastern front during the Great War
1916–1917
is a member of the front theatre at the German Theatre in Brussels
1919–1947
Senior actor at the newly founded Bochum Municipal Theatre, where he performs all major classical and many contemporary roles; is hailed as an impressive character actor
31 June 1931
marries the actress Margarethe Thelemann († 1994) who ends her career after the marriage
24 March 1932
Birth of the son Frieder
1939–1942
Director of the Westphalian Actors’ School in Bochum
1945–1946
rebuilds the Theatre after the Second World War
1947–1951
Member of the ensemble of the Cologne Municipal Theatre
10 May 1951
dies in Cologne after having collapsed on stage during rehearsals 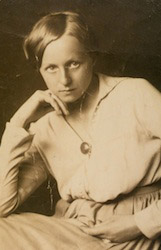 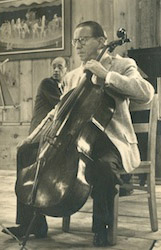 24 June 1897
born in Siegen
1906
first cello tuition from the father
studies at the Cologne Conservatoire with Professor Friedrich Grützmacher
from 1912
studies at the Vienna Musikakademie with Professor Paul Grümmer
during the Great War
as a soldier first member of a band in Goch at the Lower Rhine, then of the Brussels Symphony Orchestra
1919–1923
Solo cellist in Bochum and member of the Treichler Quartet
1922–1951
performing together with Adolf Busch and Rudolf Serkin; 1926 official founding of the Busch/Serkin Trio
1923–1927
Solo cellist of the Wiener Symphonie-Orchester (previously Konzertvereins-Orchester); until 1930 additionally extensive activity as a soloist, later increasingly performing together with his brothers Fritz and Adolf
18. Mai 1924
marries Lotte Ising († 2000)
1925
Birth of the daughter Trudy
1927–1933
Teacher at the newly-founded Folkwang School for Music, Dance and Recitation in Essen
1930–1933
Cellist in the Busch Quartet as successor to Paul Grümmer
April 1933
cancels all performances in Germany in consequence of the beginning pogrom and emigration to Basle
from 1935
Member of the Busch Chamber Players
1940
moves to the US
1950
Co-founder of the School of Music in Marlboro (Vermont)
1954–1965
Professor at the University of Miami (Florida)
3. Juni 1975
dies in Bryn Mawr (Pennsylvania) 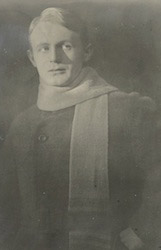 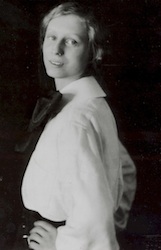